Over the last couple of weeks a number of you have been
asking for clarification of the selection criteria for the travel teams.

To clarify the selections process the Selection Panel are
today issuing the following statement.

3. In late February the panel will derive a final
ranking using the same process that was used to select the squad: each
panel member will submit a list of 8 surfers in each ISAWJC category with a
ranking number 1-8 next to each name. These rankings will then be collated and
the final rankings derived from that process.

5. The selection panel is comprised of some of the
most respected names in British surf coaching and judging.  Their decision at the end of February will
not be an easy one because every division is highly competitive.  Surfers are requested to respect the
decisions that the panel makes. The ONLY motivation of the selection panel is
to send the BEST British team we can to Panama 2012 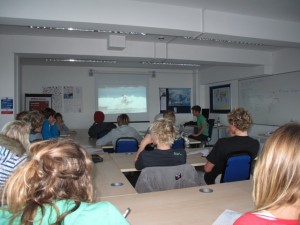 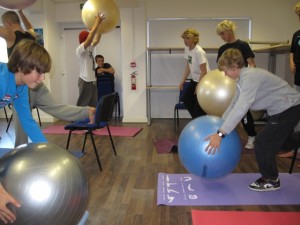 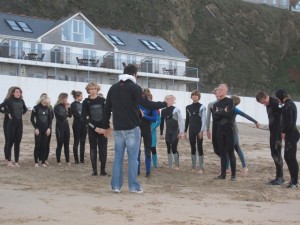 The panel have met and discussed the best approach to selection and training for a GB Junior squad.

It has been agreed that for this winter a focussed development squad of 24 surfers works through a winter training and selection programme.

The panel has considered two objectives:

The aim is a spirited competitive squad pushing each other through the winter, and for the surfers to be at the top of their game when the travel teams arrive in Panama.

Surfers who have just missed out on the squad will be encouraged to attend the training events during the winter in order to benefit from the process and to have the opportunity to stake a claim for places on the future development squad.

Each member of the panel has submitted 8 or more names for each ISAWJC division. The surfers have each been ranked by the individual panel member according to known 2011 results. All the panel member’s rankings for each surfer have then been collated to give each surfer an overall ranking. From that final ranking a top 8 in each ISA division has been derived.

In future, any surfer who wants to may submit results from competitions to the panel for consideration. Qualifying contests will include UKPSA contests and other NGB recognised contests, to be approved by the panel as soon as the 2012 calendar is published (and as soon as the NGB has established itself). The panel will review the squad on a continual basis and future selections will be based on results, not on the “judgement” of individuals.

Final team selections will be based on a ranking derived from current rankings plus performance during winter training. Surfers who attend the winter training events will have a chance to compete for team places. Attendance for squad members is compulsory to at least one of the training events and any surfer who is not present for any of the training dates will need to have contacted the panel and explained why they are unable to attend. Surfers who are unable to attend any training date due to travel commitments must keep in close contact with the coaching team to ensure they keep up with the objectives and focus of the training.

The selection and coaching panel

John Ellis          Lloyd Cole         Tony Good        Joel Gray
The 2011-2012 Panel is made up of some of the most respected names in competetive surfing in the UK. The panel contains the top coaches in the UK who regularly work with and watch the GB juniors. Joey Buran brings his expertise from years of competing at the highest level and coaching the US team and GB 2011 team. Head Judge Ester Spears and Contest Director Dave Reed have watched and judged the GB juniors in competition more closely than any others in the UK over the last decade.

We are actively seeking sponsorship for the GB Junior squad programme, but to start things off the squad will self- fund based on training subs for each date the surfers attend. Fees will be £15 per surfer per day. This will cover coaches’ wages and expenses.